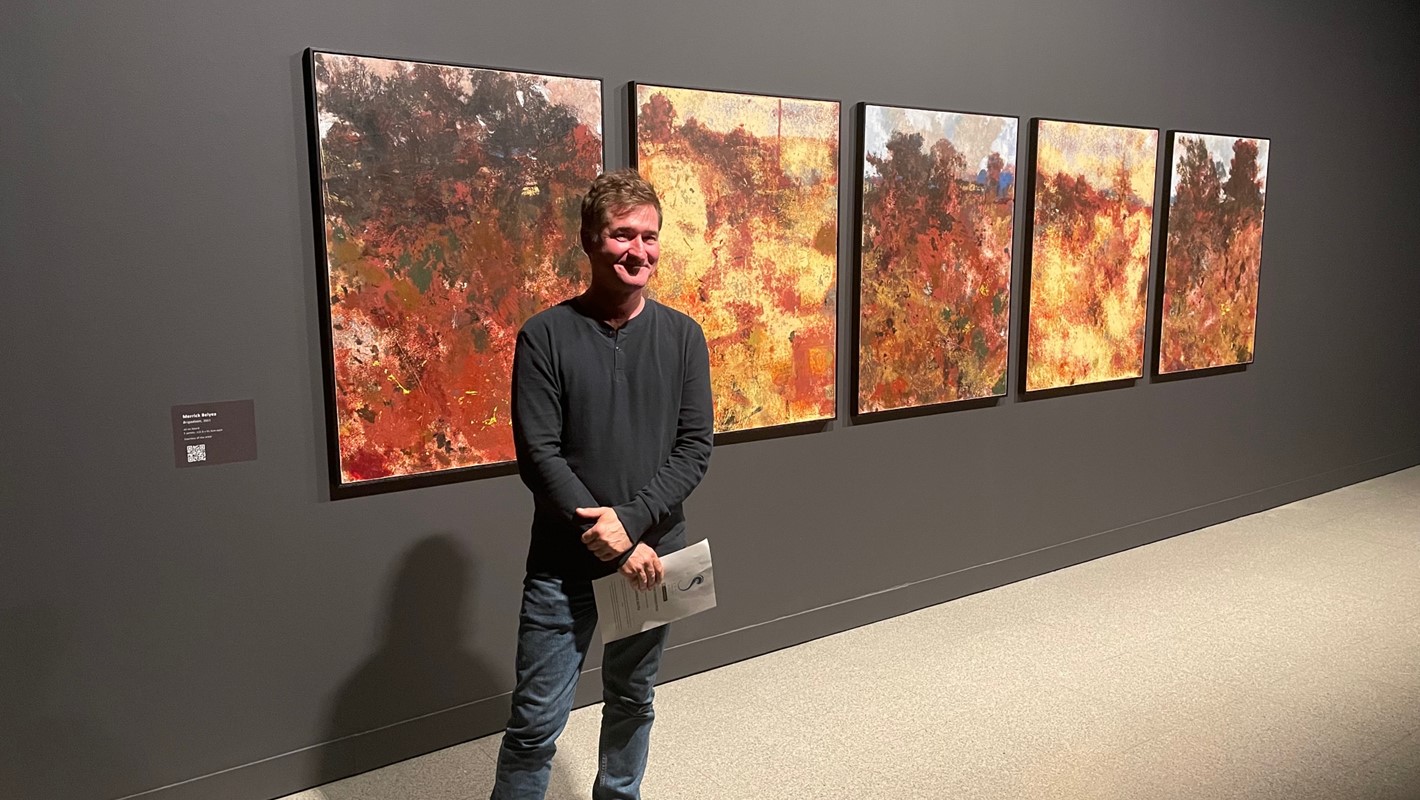 Merrick Belyea, winner of the 2021 John Stringer Prize, with his work Brigadoon, 2021, oil on board, 5 panels. Photo Hans Roux.

At a gala event at John Curtin Gallery on 18 November, members of The Collectors Club considered the suite of paintings by Merrick Belyea as visually stunning, with depth and atmosphere, relevant in today’s world with its increasing destruction of the environment.... and worthy of winning the prestigious prize, which was created in 2015 in honour of acclaimed curator, the late John Stringer (1945–2007).

On accepting the award, Merrick said he didn’t expect to win as there were other worthy nominees, acknowledging that “Often art prizes are won by works a bit more complex than just one medium, or which push boundaries in other ways. ... My work as a painter uses the language of paint – as simple as that, so I wasn’t expecting to win at all.” *

The five paintings that comprise 'Brigadoon' are based on sketches and colour studies of the suburb Brigadoon, in the Perth foothills, that Merrick captured at different times of the year, or seasons. In an interview with Lyn di Ciero of Artists' Chronicle*, Merrick explains the parallel environmental aspects that underpin the intention of the paintings.

The John Stringer Prize is a non-acquisitive, annual award aimed at recognising and supporting outstanding Western Australian visual art practice and is generously supported by The Collectors Club and the Kerry Stokes Collection.

This is the 7th prize to be awarded in the name of John Stringer. And the second Art Collective WA member to win, after Susan Roux in 2020. Other Collective members selected as finalists in previous years include Olga Cironis, Penny Coss, Sarah Elson, Vanessa Russ, Ron Nyisztor, Brad Rimmer and Michele Theunissen.

Listen to Merrick Belyea, Ross Potter and Clare McFarlane talk about their works.

Listen to an interview with Merrick Belyea and Chris Malcolm on RTRfm - Artbeat with Bec Bowman. 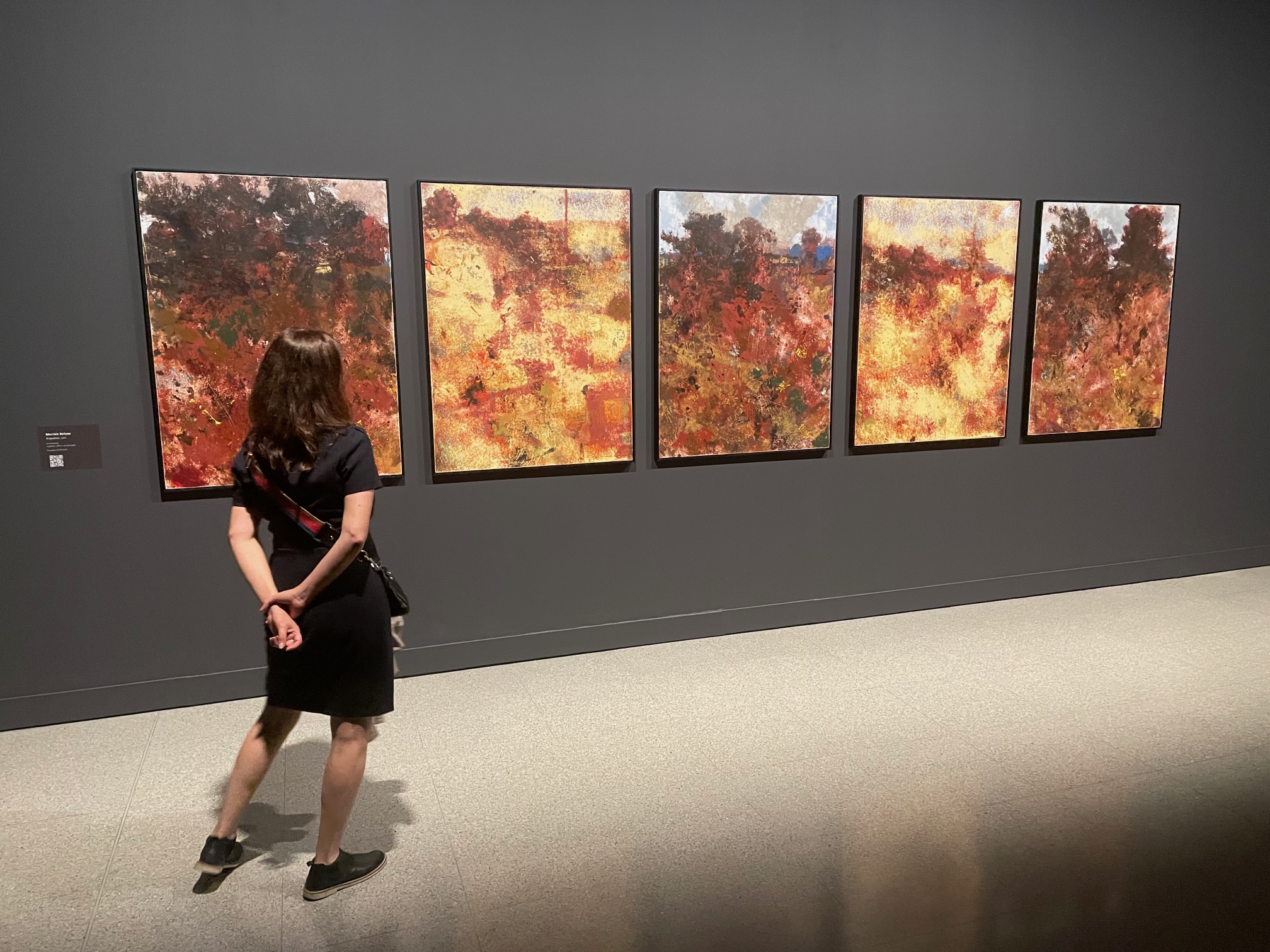