Like a record or meditation on all the weathers within us, Penny Coss pours and pours colour onto paper - a repetitious process that echoes repeated conversations with her mother about the weather. Like the body’s rhythmic memory, the symbolic logic of the venn diagram-like paintings, of overlapping circles and other shapes, highlights how things are similar and different.

'Since 2020 I have been with my elderly parents who live in another part of the country to me. A lot of their discussions centre on the weather. Over their combined time on this earth of 182 years, they have experienced many seasons, their cycles and patterns. My mother protests, ‘it’s not meant to be so hot now … where is the calendar?’ as if to demonstrate it is wrong according to her memory. But somewhere in my mother’s accumulating monologues of protest she tells of something significant through a bodily rhythm of memory. I started to write down these weather talks and produced works on paper in response.

It pours and pours. Multiples of overlapping colour pours on paper are synonymous with my mother’s repeated commentary about the weather. Like Venn diagrams, their symbolic logic of overlapping circles or other shapes highlights how things can be similar, yet different. These pours rely on the certainty of gravity and the uncertainty in the hand that holds the paint, to start the process of emptying out the container of colour. My Mother’s and Father’s constant weather commentary hints at their struggle to comprehend the shifting effects of climate change.' 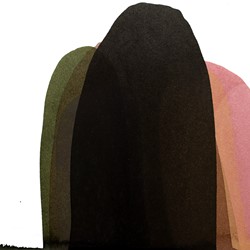 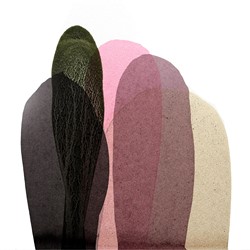 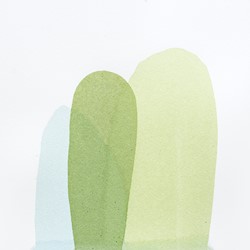 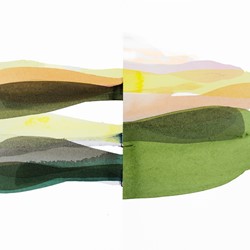