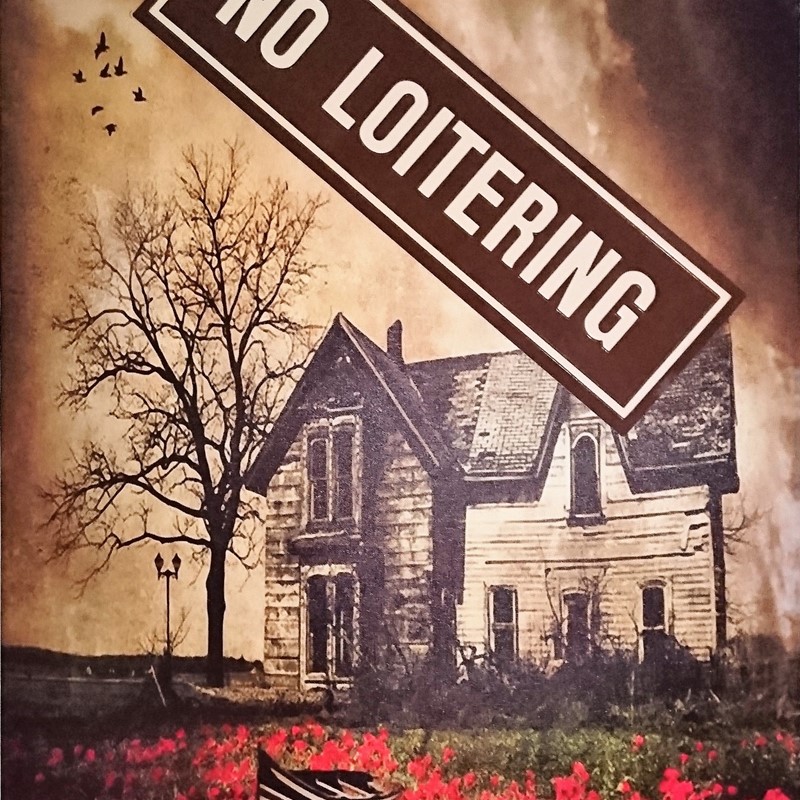 The works in Territories, produced between 1999 and 2016, reveal the extent to which Miriam Stannage continued to contravene the ‘rules’ of art throughout her career.

This exhibition, the second of her work at Art Collective WA, recognises the important contribution made by Stannage. Territories celebrates both the transgressive nature of her art, and her engagement with the relationship between place and identity.

Miriam Stannage was a relentless innovator; an artist who was determined to defy what was expected of her. Over her 50-year practice, Miriam Stannage produced works across the genres of installation, photography, painting, video, prints and drawings, and artist’s books.

Territories focuses on her ‘combine paintings’ which demonstrate Miriam’s desire to rail against standards of painting. In choosing to include a fragment of a marble gravestone, or photo frames that are devoid of photos, Stannage wrenched objects from their usual context to blur the boundary between the known and unknown.

The exhibition has been organised with the support of the artist’s estate and curated by Lee Kinsella.

The works included in Territories operate to either delineate geographical borders, or as residual traces of the movement from one state to another. In the case of her picket work titled Australian History, 1999, wooden pickets stand in formation and alert like sentries guarding a border. In their usual context, picket fences divide the public realm of the suburban street from the private, domestic space. However, in this iteration, and when distinguished by shape and colour that speak of certain allegiances and identities, the pickets speak of the conflict and retribution that has stained Australia’s many histories. These works are particularly pertinent today, at a time when President Trump talks of the need to construct a border wall between the United States and Mexico, in his words, “to get the bad ones out.” (President Trump, Thursday 26 January 2017[1]).

The triptych form, a derivation of the religious altarpiece paintings of the Renaissance and medieval periods, features regularly in Miriam’s work. In one untitled work, created in 2014, Stannage uses mass-produced, printed canvases in triplicate. Specifically chosen objects augment the repeated image – essentially segmenting and slowing ‘time’ - a clock face is frozen; the double photo frame remains vacant and the repetition of the iconic photograph by Alfred Eisenstaedt documents a life-changing moment in history.

The photograph was taken for Life magazine in 1943 and depicts a couple as they say their last goodbyes at Pennsylvania Station, New York City, as the soldiers departs for active service in WWII. We don’t know what has become of the participants, instead we can only imagine scenarios and ponder why the frames remain blank. The triptych is populated by very human figures, rather than the religious deities of golden altarpieces.

Stannage’s Christian beliefs are expressed through this art and she uses particular iconography ­to evoke consideration of realms that may exist beyond our current understanding. In a 2015 work from her Security series, Stannage has placed a fragment of a marble gravestone into an empty picture-frame, and then placed them upon a blank canvas. The blank spaces remain open as if histories have been omitted or, perhaps, never recorded. The gravestone formally marks the cessation of a life and the heft of the marble fragment contrasts with the fragile glass and canvas to allude to the transition from a mortal life to, in Christian understandings, a return to life with God.

Born in 1939 in Northam, Western Australia, Miriam Stannage became one of Australia’s most significant contemporary artists. After travelling to Europe and USA in the 1960s she returned to Perth and studied with William Boissevain and Henry Froudist and at the Claremont Technical College. Over her 50-year practice, she produced works across the genres of installation, photography, painting, video, prints and drawings, and artist’s books. Miriam also taught art and was a founding member of the Contemporary Art Society (CAS). In 1998, she was awarded an Honorary Doctorate of Letters from Curtin University and, in 2015, she was honoured as a ‘State Living Treasure’ by the Department of Culture and the Arts for her contribution to our society as an artist and mentor. Miriam passed away in September 2016. 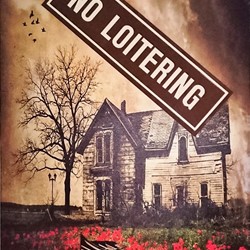 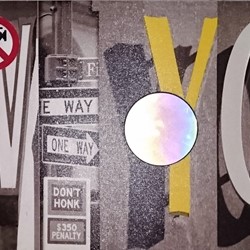