Art Collective WA member Giles Hohnen and 2015 Basel exchange artist Theo Koning are well-regarded and eminent WA artists who come together in this exhibition with new paintings and sculpture. Giles and Theo have been exhibiting extensively in Perth since the early 1970s - a combined practice of nearly 100 years. They have a joint interest in materials and formal aesthetics and structure, often applied with a touch of whimsy.

Giles Hohnen:
'In 2013, at the last of the MOMA in Perth shows, at AGWA, titled “Van Gogh, Dali, and Beyond - The World Reimagined” two small paintings, just to the left as you entered, stopped me in my tracks. The first, just 35cm x 41cm was Andre Derain’s “L’Estaque”, painted in 1906. Beside it, a little larger, 48cm x 70cm, was “Church at Murnau” by Vassily Kandinsky, painted in 1909. Beyond, the rest of an excellently curated collection of 20th Century art from the MOMA collection that included many old favourites could not keep me from wanting to return to those two little attention grabbers with their charged and almost luminous colour contrasts and tensions.

The experience was a timely reassurance of the place that the purely visual medium of painting still holds. Also, in keeping with the tradition of non-linear progression of art, a need to re-visit the period that produced these paintings.

It is astounding that Derain and Matisse painted the dynamic Fauve works over four years, 1904 to 1908. In that period they abstracted colour, setting brilliant, sometimes primary colours near and against each other and allowing the colour to be a compositional element. Kandinsky visited them in 1906, and with other German Expressionists, in particular Alexei Jawlensky and Karl Schmidt-Rottluff further simplified their paintings with flat areas of strong, often complementary colours providing form. A year after painting “Church at Murnau”, in 1910, Kandinsky made what is regarded as the first abstract painting, without any reference to, or attempt to imitate nature. The 1914-18 war prematurely ended that special decade.

Researching the period, and later seeing some of the Expressionist paintings in galleries in Cologne and Dusseldorf, I was both invigorated and reassured that form and colour could be enough. Getting back to work, a more spontaneous and autonomous approach to composition evolved; going with the large, flat areas of strong colour working together to form the composition.

“Times Like These” is the sub-title of the paintings made in the last six months. The first part of the title refers to the sequence in which they are painted. Making the paintings, in a period with so many loud distractions, provided insulation and sanctuary. Hopefully, looking at them can do a bit of the same.' Giles Hohnen 2017

Theo Koning:
THE MAKING THE WORK.
How do you talk about your work when mostly it arrives intuitively.
The gathering of material to start the making is the beginning.
The beginning can happen spontaneously.
A material, object or something accidentally stumbled upon,
or the return to areas where certain materials can be found.
The ocean foreshore, street verge collections, trade skip bins.
At anytime on journeys been.

It's the materials that you know,
that continue the journey that you already know.
But it is those familiar materials that invariably
become the first choice of selection.
Though continually you are thinking for a new way to use them.
Its the surprise object or material that sparks
a new beginning into the creative process.

Materials come with their own innate language
which governs their possibilities and limitations.
The found material or object can already contain so much identity
that renders it difficult to transform and becomes 'the found object',
existing within its own context and exhibiting its own language.

The transformation of an object exhibiting its own language
to a neutral state. This process can be achieved by painting,
covering or repositioning it's identity simply by placing it amongst other objects.
Using a collection of found objects to create an installation. 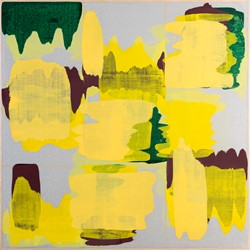 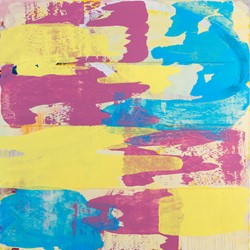 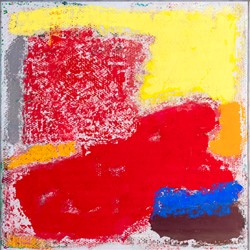 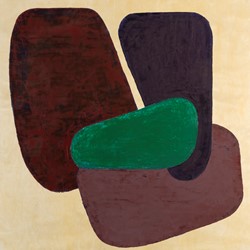 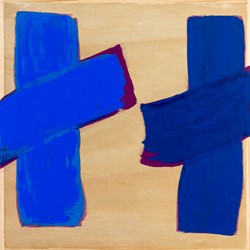 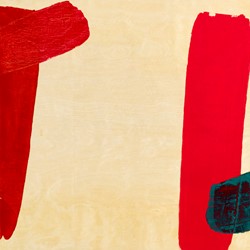 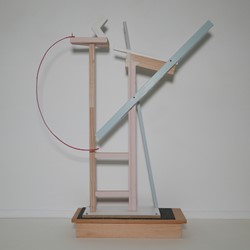 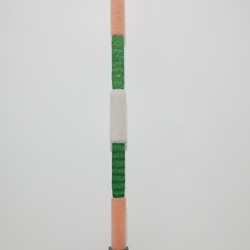 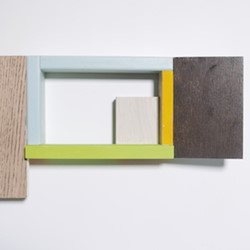 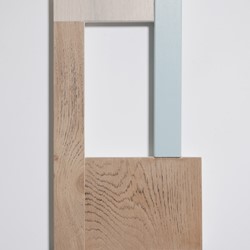