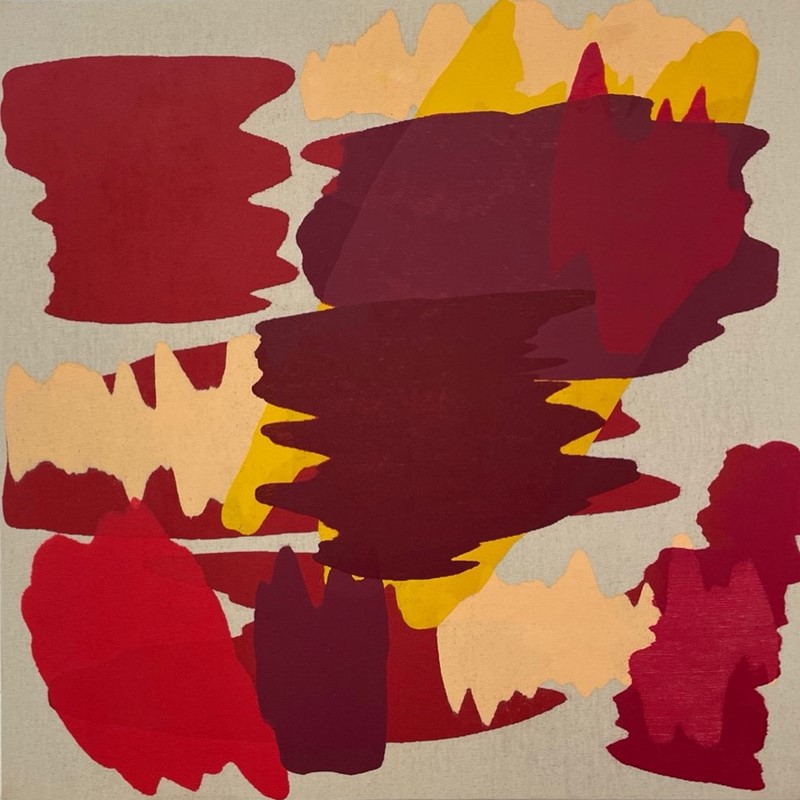 A reward for attention to detail

Penny Coss’s “From Someplace Else” and Susan Flavell’s “Golden Flowers” exhibitions, both currently showing at Art Collective’s Cathedral Square space, are two quite different shows that, nonetheless, both speak to themes of materiality and environments.

Coss’s exhibition consists of a series of canvases, many unstretched, applied with acrylic paint. Some are pinned to the wall, hanging straight; others are looped or draped fabric, combined with wooden support structures. Coss, whose practice arises from an interest in responding to the natural environment and the memory of place, uses these fabrics to inspire a reflection upon landscapes, particularly those stained with troubled histories. This concept of staining resonates through the works, which are crumpled, traced and dipped in acrylic paint, resulting in an interestingly uneven and inconsistent tone across the canvas. They’re the kind of works that appear peaceful and simple from far away, but upon closer inspection are more complex, the shapes, colours and textures combining to create landscapes of their own with multifaceted materialities. Works such as Untitled Blue (2018) and Sediment Flat (2018) gently pull the viewer in close, allowing for an interaction and exploration of various textures, patterns and hues that is deeply engaging.

Susan Flavell’s works, occupying the other side of the gallery, are similarly engaging in their exploration of material and form. However, where Coss focuses her exploration of this concept to canvas for the most part, Flavell expands her reach to a multitude of objects, mostly found objects, combining the unexpected detritus of suburban life to create pendants, hanging sculptures, medallions and, in the case of Golden Flowers (Fire Goddess) (2018), a tall free-standing sculpture of a goddess adorned with materials both organic and artificial.