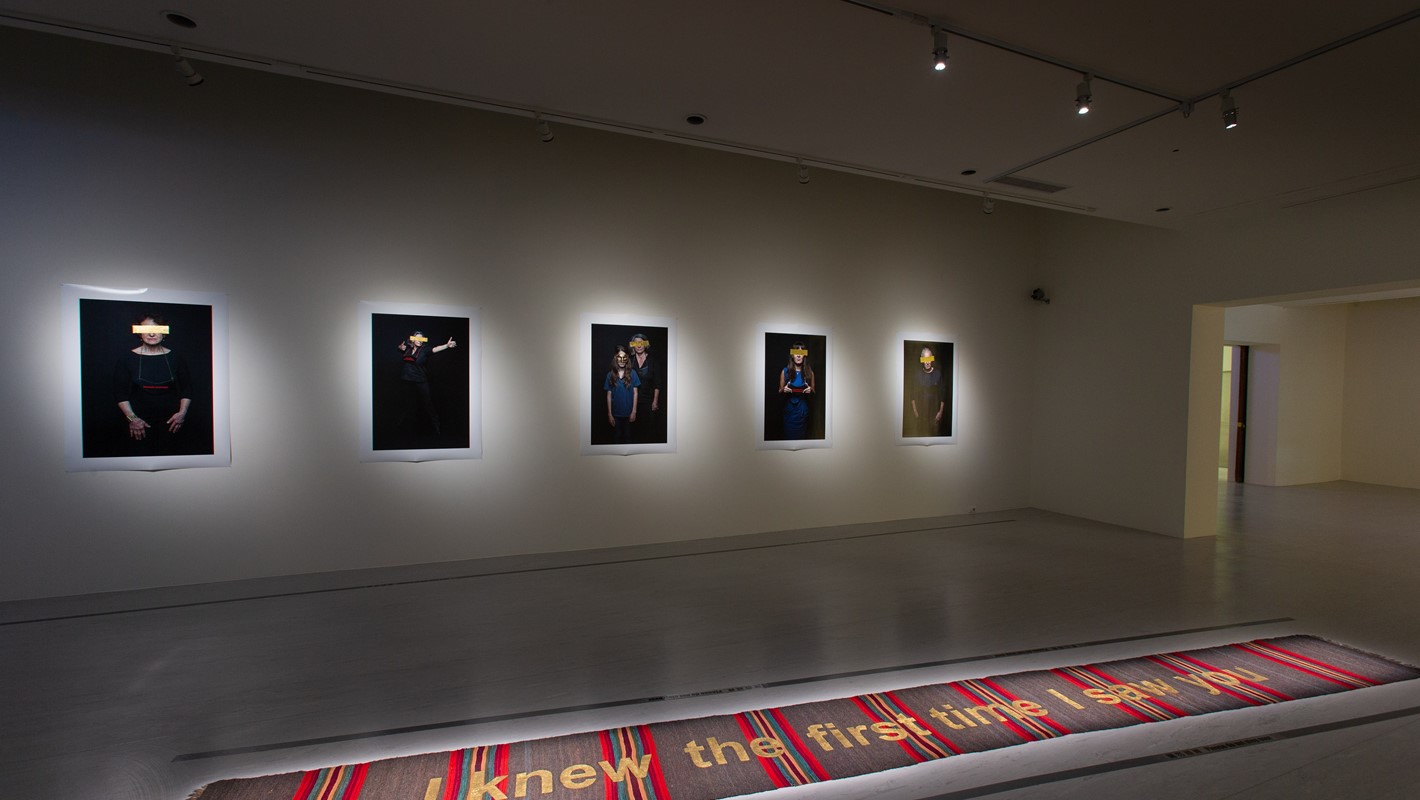 Olga Cironis joins 12 other artists from Taiwan and Western Australia who were invited to take part in 'a sojourn of imagination and exploration between two islands, from two cities, revolving around stories, rumours from the grapevine, records, and even inconsequential and personal memories'. The story of this exhibition began in 1999, when Taipei and Perth established as friendship cities.

Olga's work in this show has been developed from her evocative 'Listening Under Water' series from, described here in the 2013 catalogue essay by Paola Anselmi:

'Olga Cironis’ practice is determined by her Czech/Greek Australian identity, informed by a personal experience of cultural diaspora, by the locations and dislocations of belonging and un-belonging, and by the objects that mark people’s cultural movements. In her new photo-installation work 'Listening Under Water', Cironis brings into further question cultural identity. Ten photographs present sitters seemingly looking straight at the viewer, although one will never know for sure. For better or worse, they unabashedly and confidently own the text that defines their identity, emblazoned on their chests. The perspex and metal gorgets or breast plates, as they are more commonly called in Australia given their intrinsic relationship to Aboriginal history and colonialism, have been throughout time both portents of power and protection, as well as symbols of domination and subjugation. Their eyes are hidden behind a gold leaf censor strip. To cover the eyes, the windows to the soul, the most individual and private self is to deny the viewer a way in, rendering the subject free from the viewer’s gaze and at the same time reinforcing the subject’s ‘otherness’. While the gold strip is a signifier of power, history, wealth and conquest, protecting the subject from the scrutiny of the viewer, it also denies the latter the opportunity to create a connection with the subject, invoking a sense of threat through anonymity. By removing a mutual visual communication, Cironis creates a self-reflexive situation where the viewer is left alone to question the subjects’ purpose and intent.'