For Jon Tarry, the act of generating his art is just as significant as the work itself. Jon Tarry creates art as a way of testing ideas about the prosaic, political and poetic, in the form of sculpture, drawing, film and sound. His art explores the inherent contradiction of spatial power. He possesses an acute interest in the merging of art and architectural conditions and the implications of our spatial relationships within a modern, globalised context. The process of creating his works informs a new understanding of the medium and the subject he is examining. For Jon, the act of generating his art is just as significant as the work itself.

Jon has long been fascinated by the intricate line work that airport runways afford when viewed from above. His replication of runways the world over recognises them as unique and symbolically charged modes of modern mark making, connecting and making accessible once distant places.

Jon collaborates with artists and musicians around the world. He featured in the 2016 Perth Festival as an exhibiting artist and performer and completed major public art commissions around Perth in subsequent years, including new developments such as Elizabeth Quay and Perth Stadium. His recent collaboration with musician Dom Mariani, Baggage Handler, has been described as 'a sonic framework from an unknown turbulent space'.

Jon has completed a vast number of public art commissions in Australia and overseas. He holds a PhD at the School of Architecture and Design at RMIT University, Melbourne. 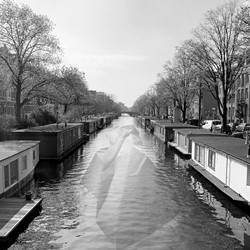